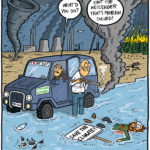 Planet out of business